JL-701A is an ultra-low-cost electronic latch controller developed based on the interface size standard of zhaga book18. It can output 0V or suspended dimming signal (OD door output) through self-sensing. The controller is suitable for lighting scenes such as roads, lawns, courtyards, and parks. 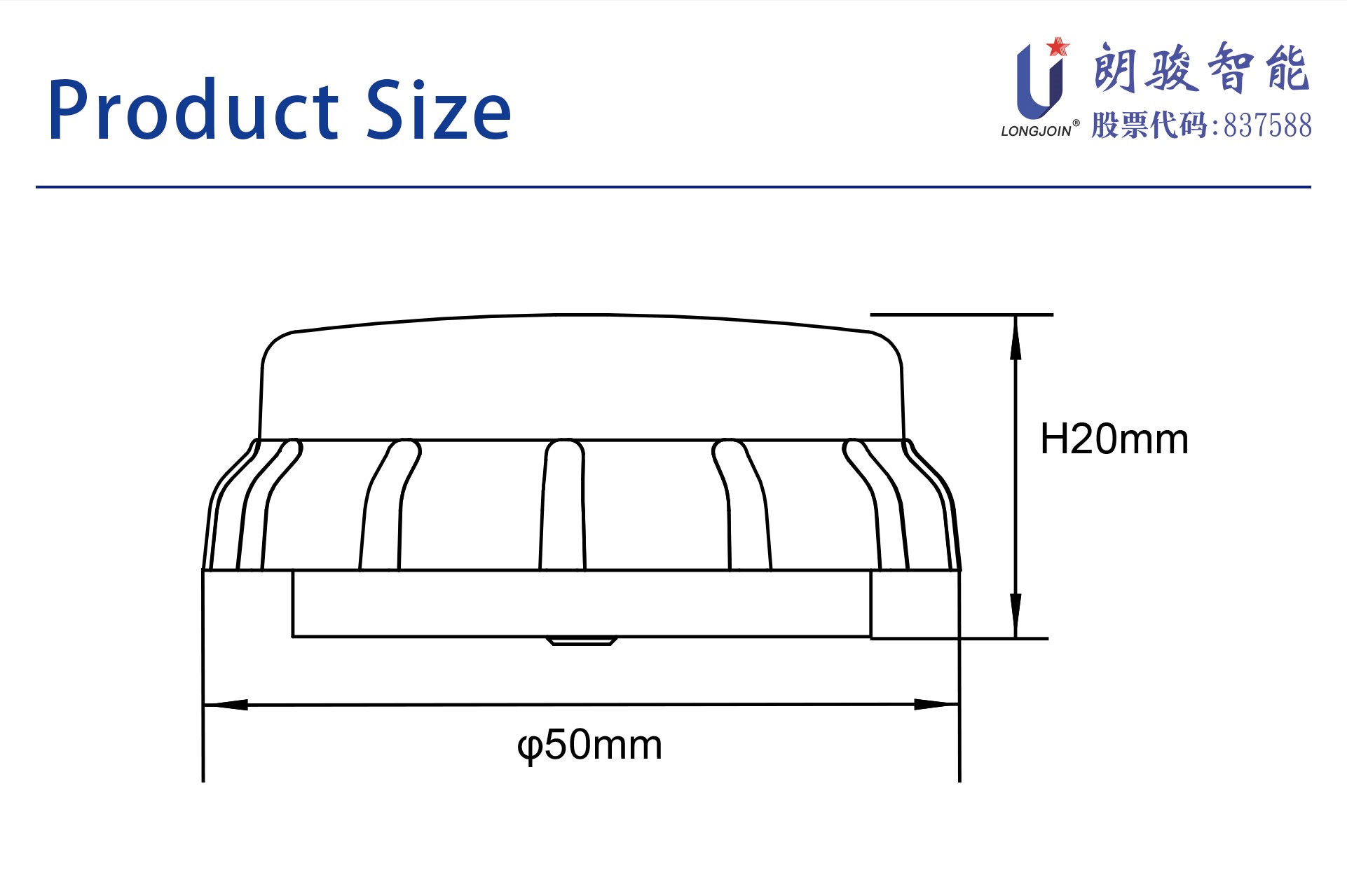 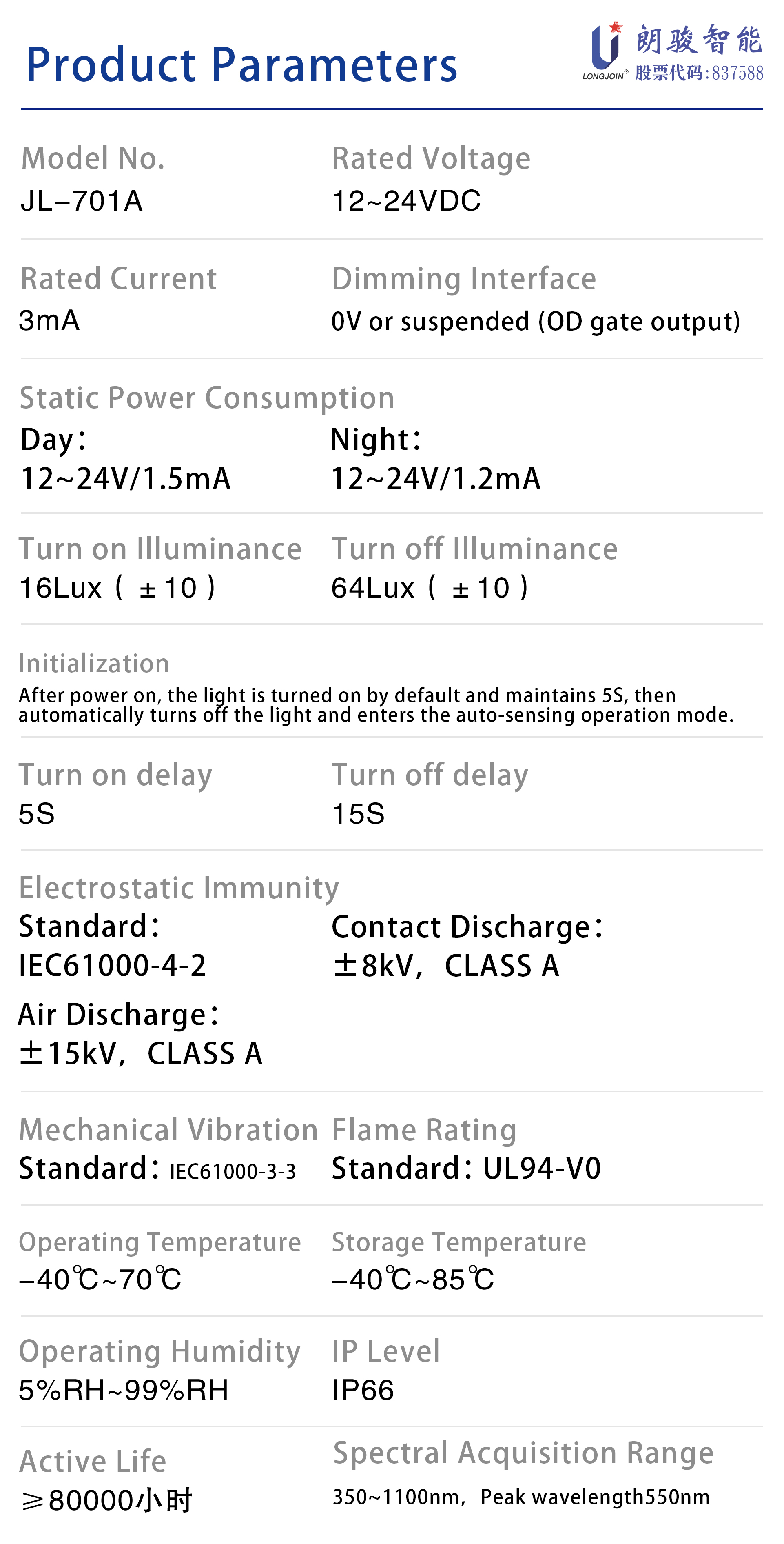 *Small size, suitable for installation to all kinds of lamps

*The illumination ratio of switch action environment is 1:4

*The protection grade is up to IP66 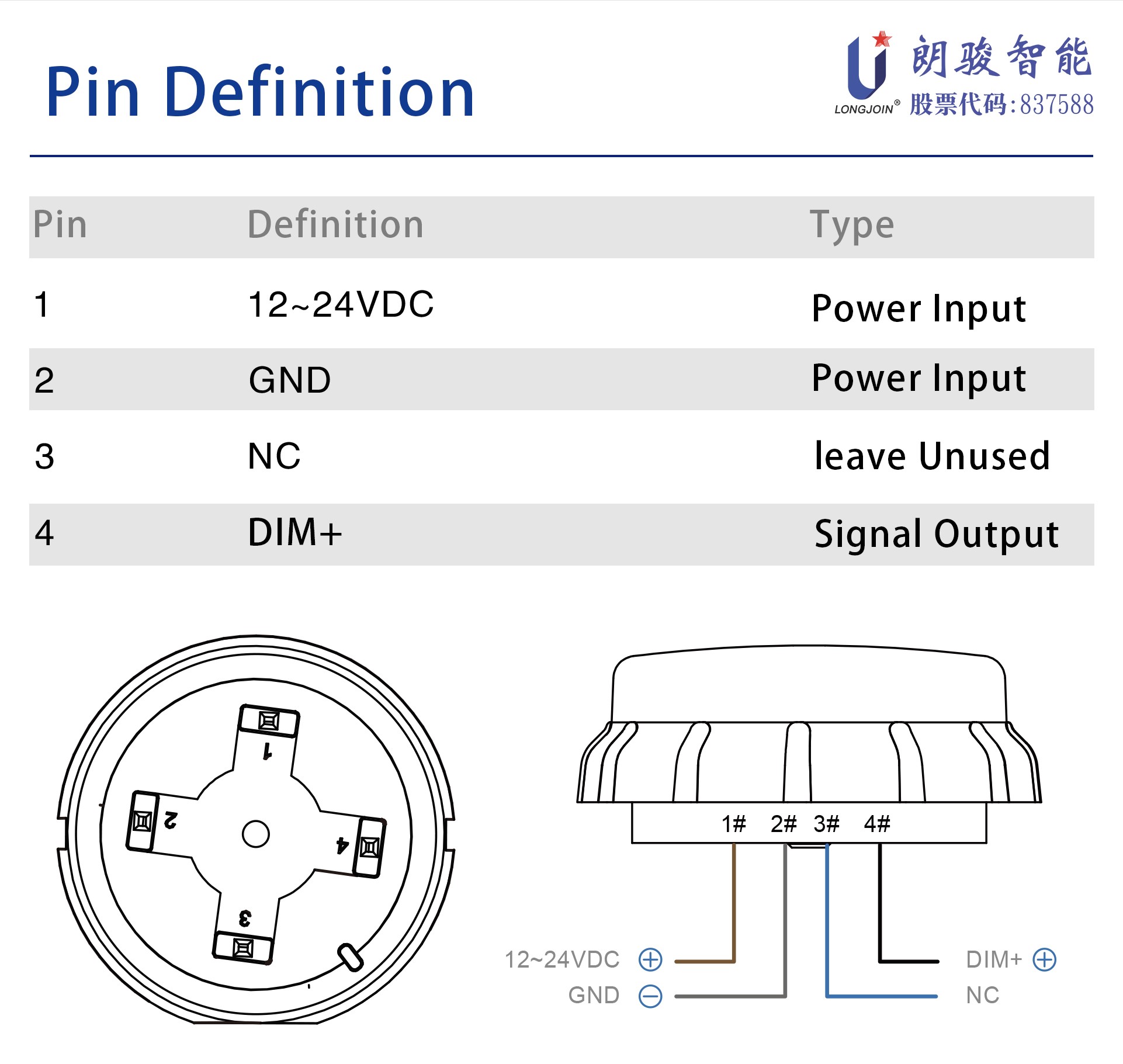 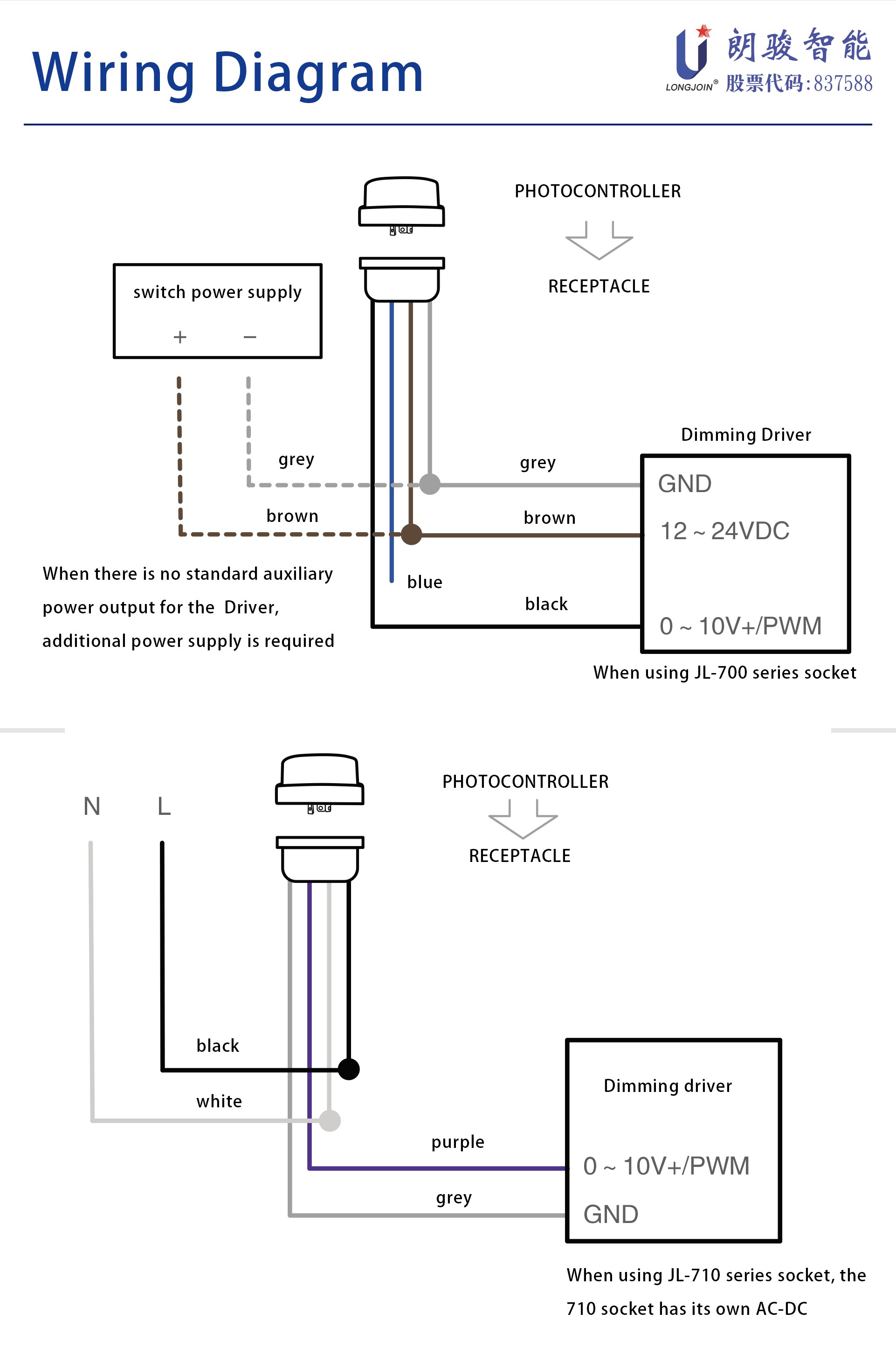 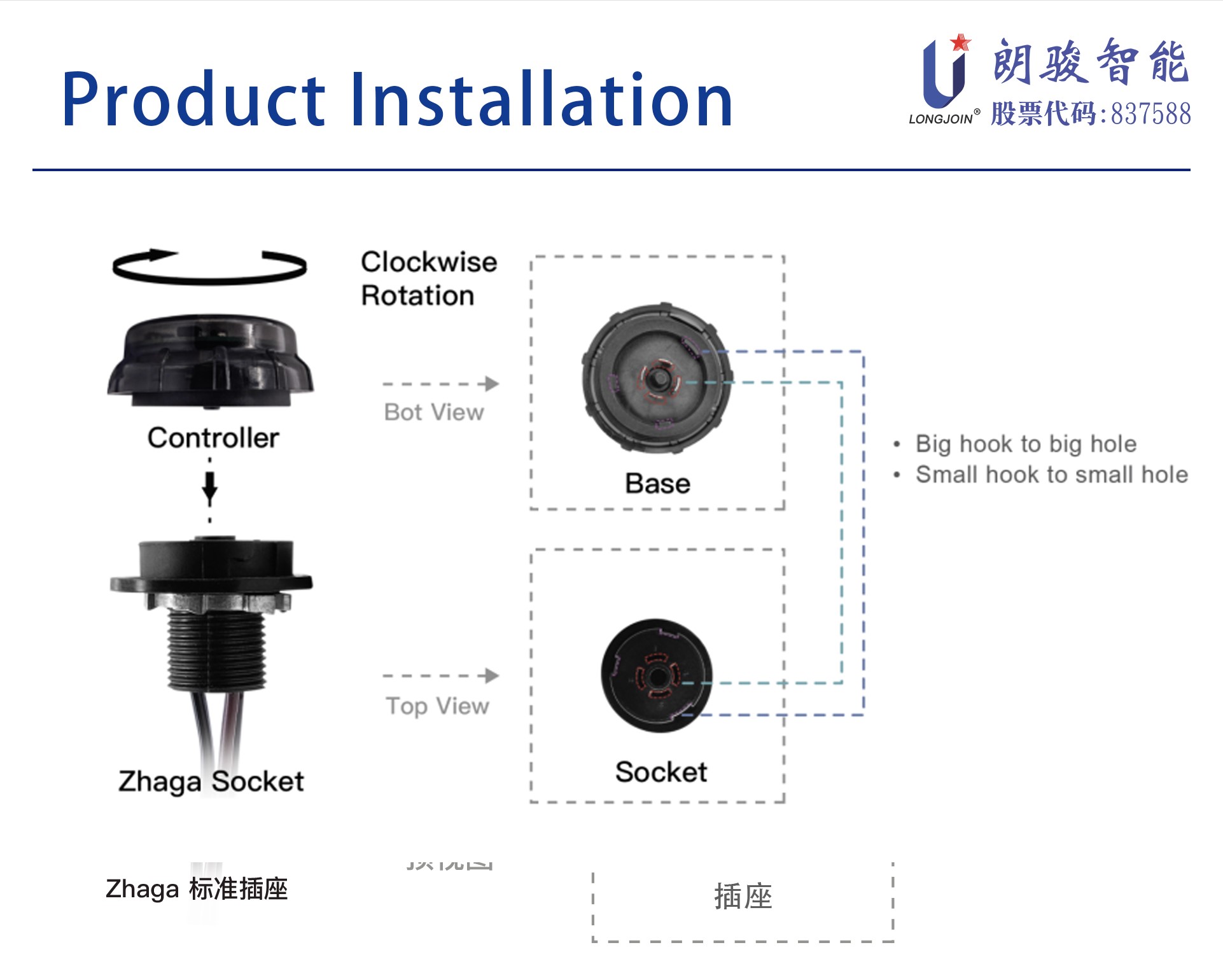 The interface of the product itself has been treated to prevent stupidity. When installing the controller, you only need to screw the controller directly with the base, as shown in the figure above, tighten it clockwise after inserting, and loosen it counterclockwise when removing.

2. The controller does not have the reflected light compensation function, so avoid installing the controller near the light source of the lamp to avoid the phenomenon of self illumination.

4. The controller only outputs the dimming signal to the driver (output 0V to turn off the light, and use the internal pull-up resistance of the driver dimming interface to turn on the light when the output is suspended), which has no light with the power load of the driver and the light source.

5. Don't use your fingers to block the photosensitive window during the test, because the finger gap may transmit light and cause the light to fail to turn on. 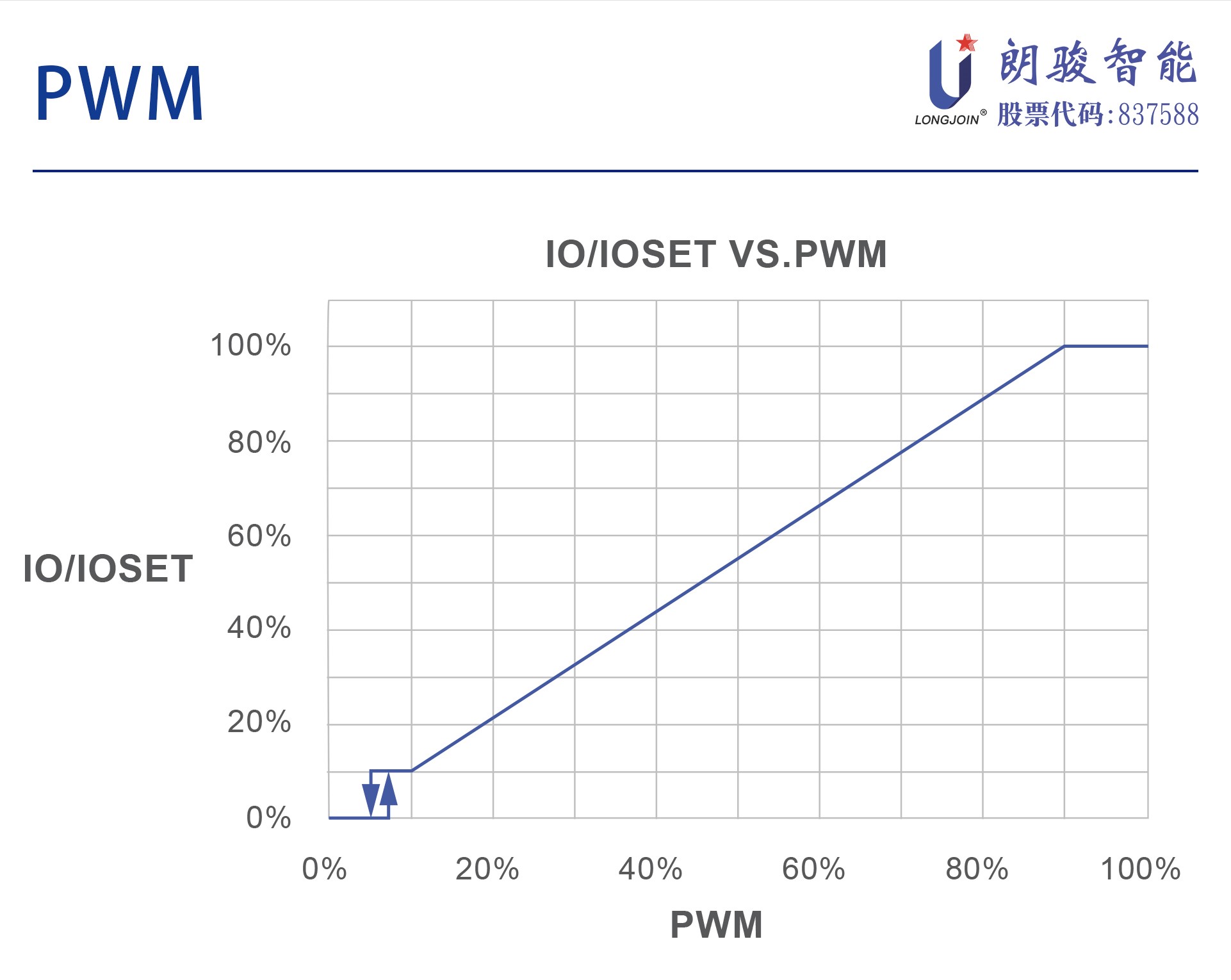